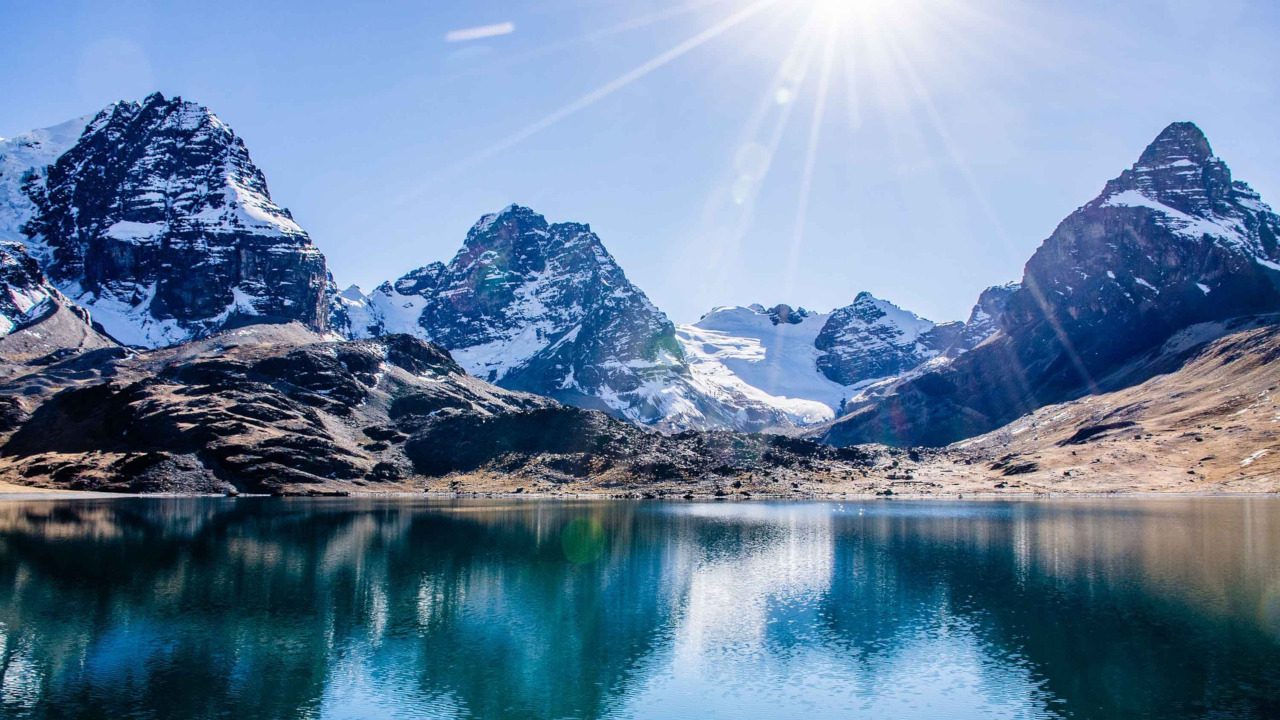 Which internship did you do abroad and where?

During my semester break in the clinical part of my medical studies, I had to do a four-month elective, out of which two months had to be completed in a hospital. I did one month of this elective at the Combase Hospital in Cochabamba, Bolivia, to get an insight into the health care system of another, non-European country.

During which semester did you do your medical elective abroad?

I was in the 3rd year of my medical studies.

Please describe why you decided to do a medical elective abroad.

It was clear to me right from the beginning of my medical studies that I wanted to do part of the mandatory electives in another country. Since I had never been to South America before, but this continent has always interested me, I chose Bolivia. Not only did I want to get an impression of the medical system there, but also to improve my Spanish and get to know everyday life and culture up close.

How did you come across World Unite!?

Which departments of the hospital did you work in? Did you stay in one department the whole time or rotate through multiple departments and why?

I had no real preference regarding the department I wanted to be placed in. At the Combase Hospital, that wasn’t necessary at all. The hospital is very small (only about 15 beds), but with a relatively large outpatient clinic (which mainly deals with orthopedic and general medical problems), a dermatology and a gynecology department. There is also a surgery theater. I was able to choose from day to day whether I wanted to stay in the outpatient clinic, or intern at either the dermatology or gynecology departments. If surgeries took place, I was also always welcome to observe the surgeon’s work in the theatre. My everyday life at the hospital was very varied and I was able to plan my elective just as I wanted and focus on what interested me the most. Since the inpatient beds were located close to the outpatient clinic, I was always able to switch to the inpatient ward quickly whenever there was something interesting to do. The small size of the hospital fitted my needs perfectly as I was able to quickly get to know all the staff, and they would inform me whenever there was something exciting to do.

Please describe a typical day at the hospital, including your work days, working hours and your tasks.

My day usually started with the morning visit at 08:30 am. The local medical students in their final year introduced their patients to the doctors every day and were then asked questions. After that, we mostly had breakfast together (at least a small one) until the outpatient clinic opened at around 09:30. Some of the patients had acute problems (mostly orthopedic or general medicine-related), others patients came for monitoring the course of long-standing diseases. In Bolivia the system of practices for general medicine is not as developed as in Germany. Therefore, patients with acute illnesses such as a cold, a sprained ankle, or knee pain, will come to the outpatient clinic and get treated there. The picture of diseases that I got to see was subsequently diverse. Usually there were a doctor and some students leading the outpatient clinic. The doctor would usually only give instructions and the students treated the wounds, sewed or issued prescriptions. I was also allowed to help every once in a while, (and if I had not done a technique or treatment before, it would be shown to me). The language barrier wasn’t a problem either and the doctors would explain things to me over and over again, until I had understood.

In addition, there often were treatments in the in-patient ward in the mornings, and I was occasionally allowed to assist. Sometimes I went to the gynecological consultation hour or the dermatology department, depending on where there were more patients.

Around noon I would usually have lunch. We almost always ate together –  the students, the doctors and the nurses. This was also a good opportunity to get to know everyone a little better. Every now and then we went to eat somewhere in a restaurant nearby. The lunch break lasted until 02:00 pm, after which the outpatient clinic continued. Surgeries were usually scheduled in the afternoons because the anesthetist came from another hospital. I also assisted in the surgical theatre every now and then, i.e. held the camera during laparoscopy, handed over the devices or sewed wounds – even though I had never done any of this before!

Basically, my official working hours usually ended at around 03:00 pm on most days, but mostly I stayed longer. Firstly, because I was always allowed to assist with surgeries in the afternoon. Secondly, there often were social activities in the afternoon when the outpatient clinic was empty and when there was not much to do: We sometimes cooked in the hospital kitchen, baked, or played some games. It was always great fun and only had very little to do with work. But that’s how I found a lot of friends with whom I’m still in touch now, a year after my elective.

What did you learn during your elective abroad?

I did not only get a lot of medical experience (I was allowed to do a lot myself and thus had a very hands-on experience), but above all I learned a lot about the people, the language and the culture in Bolivia. I was accepted as part of the community and felt at home very quickly and I do now understand the everyday life and mindset of the Bolivians much better than before. I could see how little you actually need to take good care of patients and that the community feeling at the hospital differs a lot to German hospitals.

What cultural differences have you observed between the medical systems / treatments / doctor-patient relationships etc. in your host country and your home country?

The way of working in Bolivia differs significantly from Germany: In Bolivia, we started working much later, but also went home much later. However, people tend to be much more flexible in Bolivia and it is not much of a problem if you show up a little late sometimes. I also noticed that in Germany the hospital staff rarely mingle: Nurses stay among themselves; doctors stay among themselves; students stay among themselves – there was little mixing. In Bolivia, the people mingle a lot more and in the evenings the students, doctors and even the head of the hospital would spend their leisure time together and have dinner together. For example, we often did a barbecue at the house of someone from the hospital.

People are also much more open about their private life: It is perfectly normal that the door of the consultation room in the outpatient clinic is always open during a patient’s consultation and the next patient is already standing in the door and listening. This is certainly something to get used to, but not always a bad thing.

How did you spend your free time in Bolivia?

I found a lot of friends in the hospital with whom I spent my leisure time in the evenings. But even after my elective at the hospital had ended, I traveled around the country and had the chance to see many places. Thanks to my host family, whose daughter was my age, I was also able to quickly find friends outside of the hospital with whom I went hiking, visited the Salar de Uyuni, or other cities. I am very happy to have chosen Bolivia, I had a very special experience and I will definitely come back again!

Eva completed her elective abroad with World Unite!, a specialist provider for electives, internships and volunteering in medicine, nursing, therapies and midwifery. Click here to read more about their hospital options in Moshi, Tanzania and learn how to apply for your own elective abroad!