Lutindi Mental Hospital is a private psychiatric hospital in the Usambara Mountains. Other than in most psychiatric hospitals in Tanzania, there is a particular focus on Occupational Therapy. Many patients have problems with substance abuse. Internships, elective placements and volunteering is possible for students and professionals of medicine, nursing, psychology, social work and occupational therapy.

At Lutindi Mental Hospital you can do your healthcare internship in the middle of the breathtaking scenery of the Usambara mountains in northern Tanzania. Gain valuable work experience in mental health while supporting one of the leading psychiatric hospitals in Tanzania and improving your intercultural skills. At Lutindi you will gain insight into psychiatric care in the context of scarce resources and a different cultural understanding and approach, which will challenge you both professionally and personally. Internships are possible for students of psychology, social work, medicine, nursing and occupational therapy.

Lutindi Mental Hospital is located near Korogwe in the Usambara Mountains in Tanzania, which is between Moshi and Daressalam; around 4 hours by bus from Moshi or 7 hours from Daressalam. It is probably Tanzania's psychiatric hospital of highest standards. As opposed to other mental hospitals in the country, occupational therapy plays a central role at Lutindi. The private hospital was founded in 1896 by German missionaries and became a mental hospital as early as in 1904. It is financially supported by foreign church organisations (United Evangelical Mission) and since its inception has been directed by German mental health specialists in cooperation with German psychiatric organisations. Lutindi Mental Hospital is affiliated with Sebastian Kolowa Memorial University in Lushoto/Tanzania, which has a Bachelor Program in Mental Health and also a one-year specialisation course in Psychiatry for clinical officers. Both courses were developed in cooperation with the Bethel Foundation Germany and psychiatrist Prof. Dr. Albert Diefenbacher, director of Hospital Königin Elisabeth Herzberger Berlin. The hospital is located in the Tanga region within the plain nature of the Usambara mountains, surrounded by farm land, which also belongs to the hospital. It is only reachable by a steep, winded road on a mountain, around 13 km outside the town of Korogwe. Three villages with a total population of around 3000 are reachable by foot. This location, which differs a lot from the big city life of Dar-es-Salaam or Arusha where most of the patients come from, and which therefore is a big change of location and lifestyle, is fundamental to the recovery process of the patients. It is the hospital's aim to involve the patients who suffer from mental problems including substance abuse, psychosis or schizophrenia, into a fixed daily schedule of countryside-life activities. Activities carried out as part of occupational therapy include tea farming (harvesting twice per week, processing, packaging), the production of sisal products (door mats, etc.) carpentry and wood work, animal keeping, cheese-making, and gardening. The hospital runs its own tea plantation and tea factory. Sisal fibres are first spun, dyed and then woven to mats, baskets, hats etc. The farm has cows whose milk is processed to cheese, and there is cultivation of fruits and vegetables. All of these products are sold at various shops, including the Dar-es-Salaam airport shop, and at church shops in Europe. At Lutindi Mental Hospital there are 2 nursing officers, 2 clinical officers (which is a term used in East Africa for qualified and licensed medical personnel that carry out general medical tasks such as diagnosis and treatment of diseases and injuries, instruction and evaluation of medical screenings, carrying out small standard surgery, and referral of patients to specialists) and 2 social workers. New patients usually spend their first 2 weeks at the closed inpatient department where they are treated with medication. Afterwards they start Occupational Therapy activities according to their interest. The total duration of stay is usually 2 months. Around 450 in-patients are treated every year at Lutindi, including repeat patients. Lutindi also runs a psychiatric outpatient clinic 3 days a week at the town of Korogwe, which is often attended by former in-patients. Korogwe is located half way between Dar-es-Salaam and Arusha/Moshi along one of Tanzania's main highways and is therefore easily reachable by public transport. 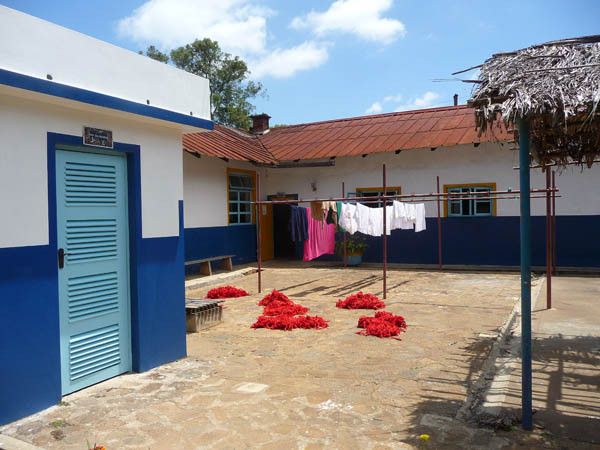 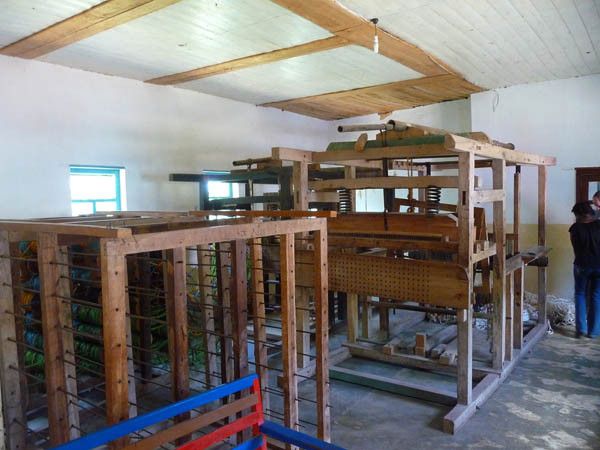 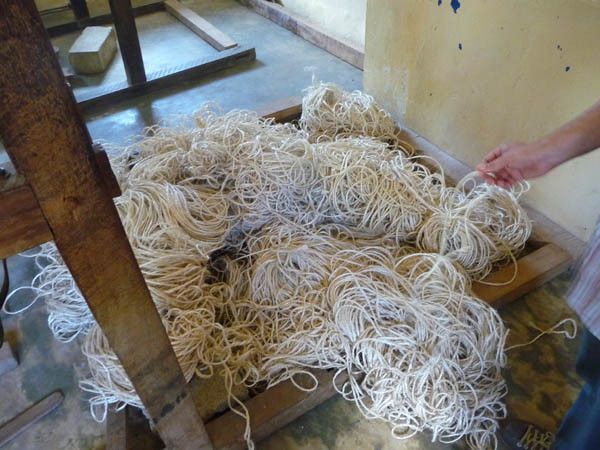 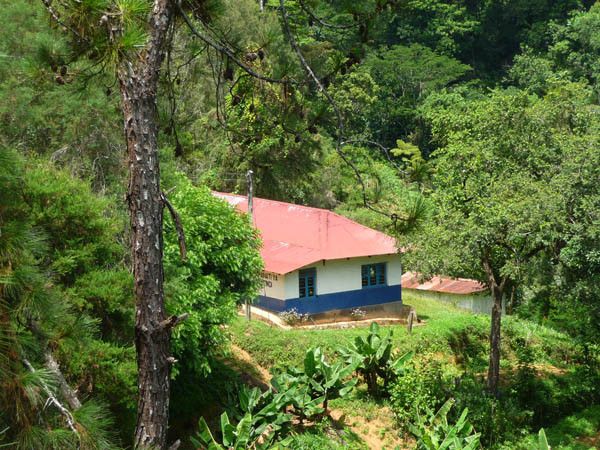 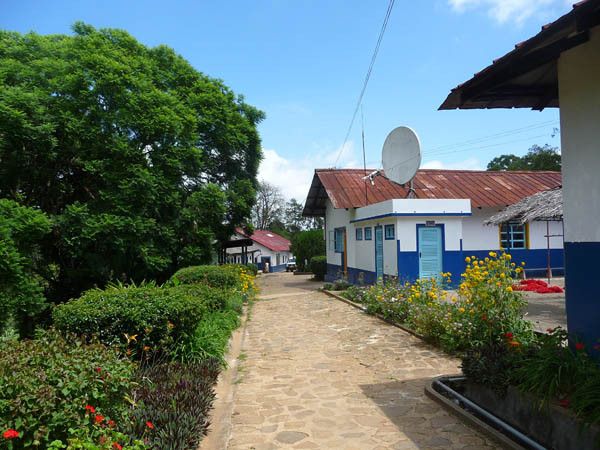 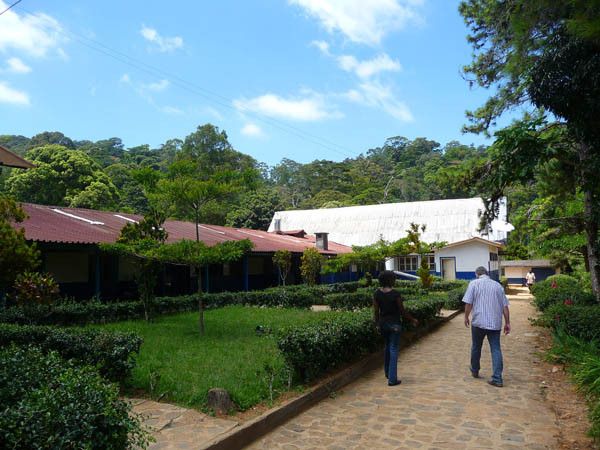 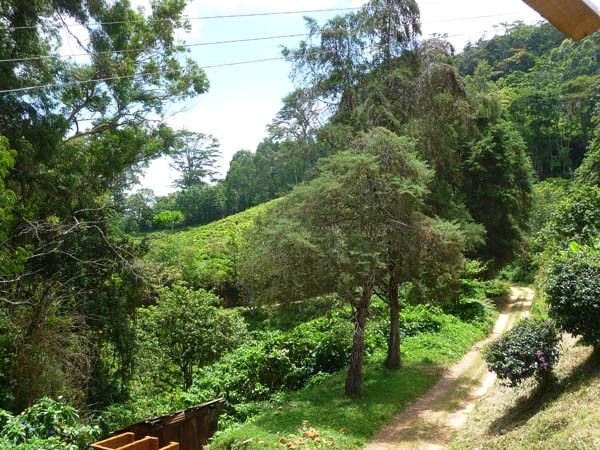 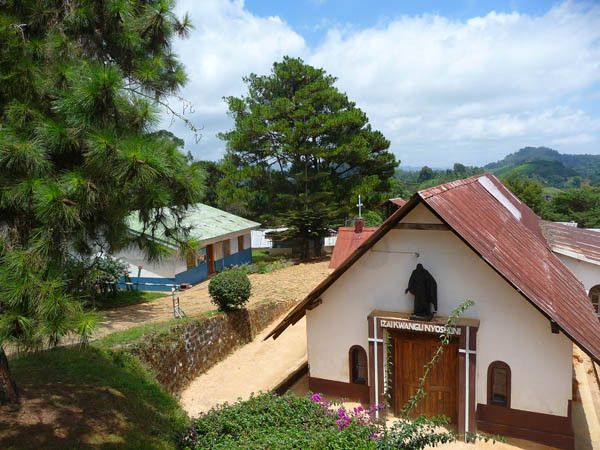 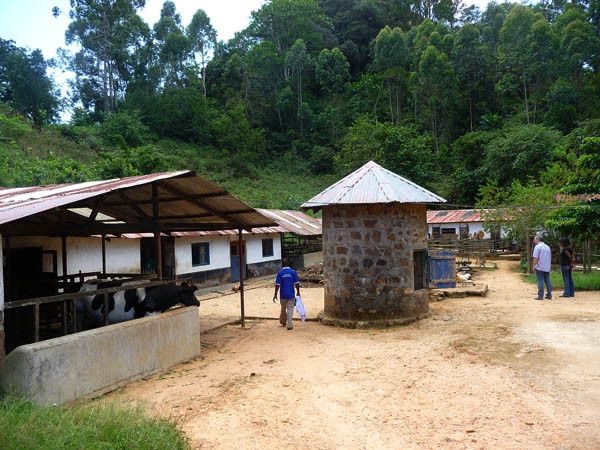 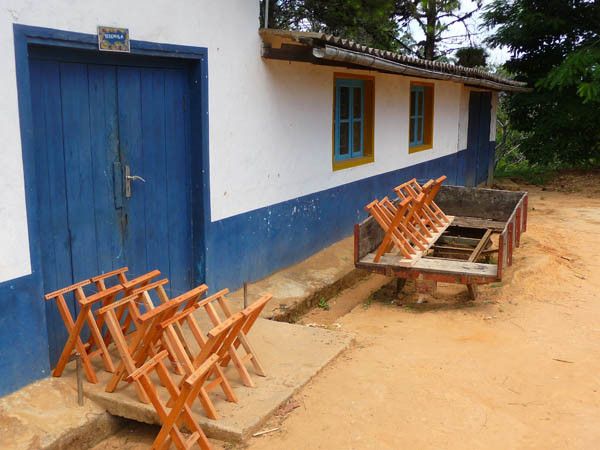 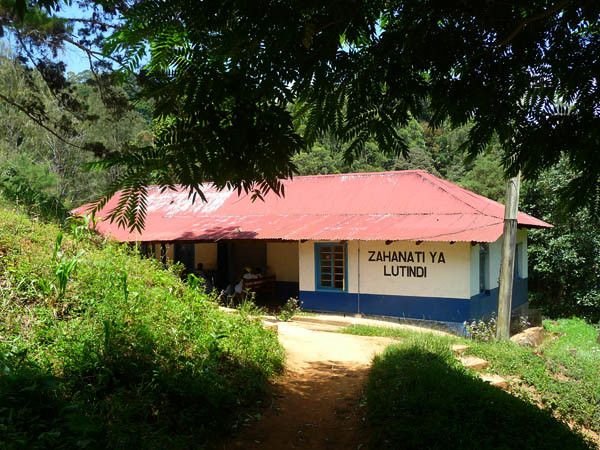 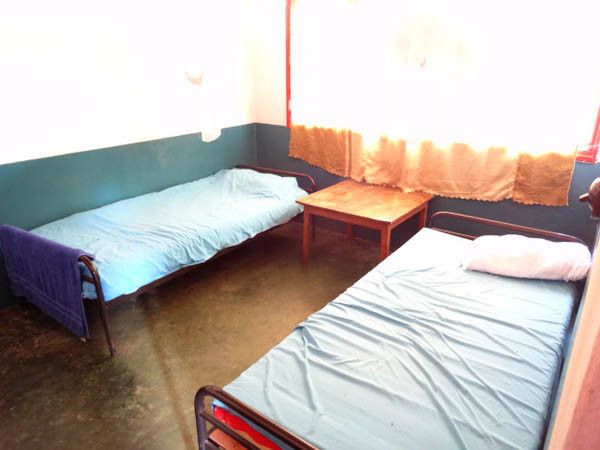 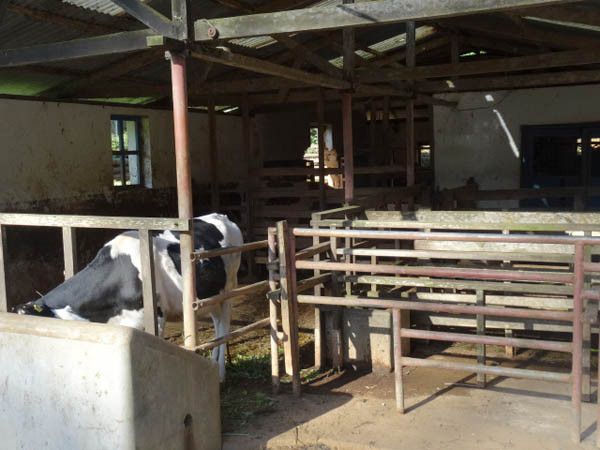 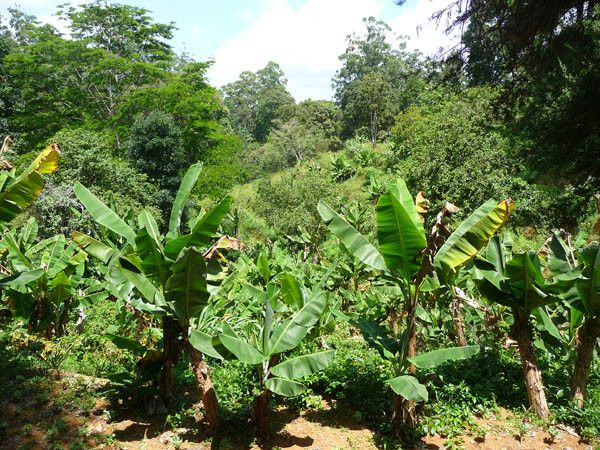 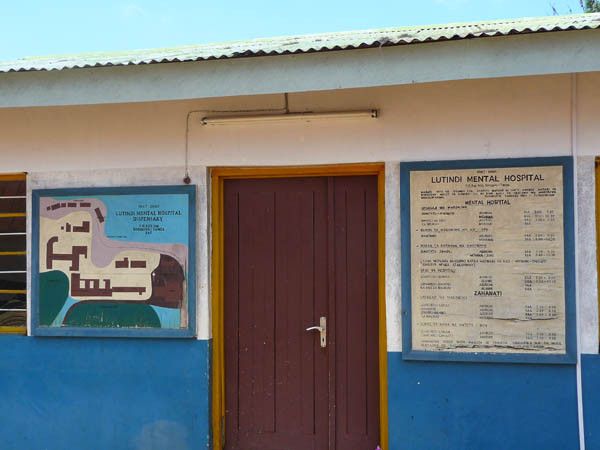 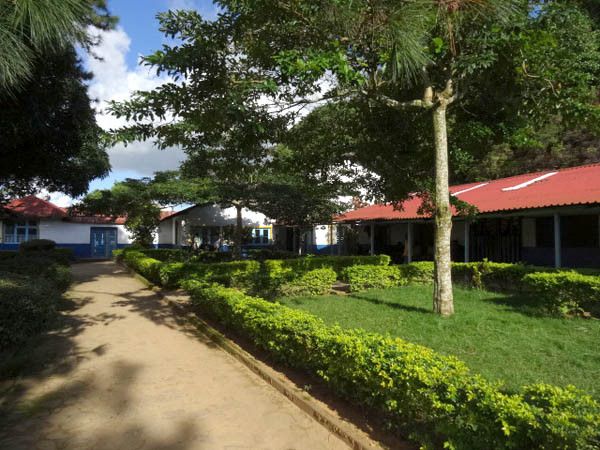 Typical day and tasks of an intern

Interns and volunteers in the psychology department should wear long-sleeved, formal clothing (e.g. long trousers + blouse / shirt). Medical students should have a whitecoat with them.

We will write this info soon

Minimum qualification of the intern:


You must already be enrolled as a student / trainee in medicine / nursing / psychology / occupational therapy at a university or corresponding training position. Health care professionals in the above-mentioned disciplines are welcome to volunteer at Lutindi Hospital.


Please contact us for an overview of all necessary registration documents.


As soon as you have sent us your complete application documents, we will submit your application to the hospital and can usually give you a confirmation within a few work days. Then you decide whether you want to take the place. Before that there are no costs for you.


* Weekly hospital contribution fee, accommodation and full-board (120 USD per week)
* Individual Consultation and Preparation prior to your arrival
* Access to Online Resource Centre which has Preparation Materials including Intercultural Preparation, compiled particularly for your destination (PDFs, Videos)
* Preparation Session via Skype; together with further participants
* Arrangements for your Residence Permit, Work Permit or similar permit and other official permits (if required), but not the official government fees for it/them
* Pick-up and Transfers from/to Kilimanjaro International Airport (JRO) on arrival and departure
* Personal support staff at your location and at our international office
* Orientation and Introduction in Moshi, if you arrive via Kilimanjaro International Airport
* Accompanying you to your placement on your first day
* 24 Hours emergency support by local support team
* CO2 compensation of your long-haul flights: Costs for 10 seedlings of indigenous trees that we plant on the slopes of Kilimanjaro
* Local SIM Card with 10.000 TSH air time
* Issuance of Confirmations/Certificates for your university, scholarship, insurance, etc. and filling out/signing Internship Contracts for your university
* 15% Discount for Safaris, Kilimanjaro Climbs, Excursions and Watersports Activities offered by "Budget Safari Tanzania"

This does not include:


Interns and volunteers in the psychology department should wear long-sleeved, formal clothing (e.g. long trousers + blouse / shirt). Medical students should have a whitecoat with them.

I'm interested in a placement at this hospital. Please send me more information!